Finding the best genealogy sites for regional research can be a slow process simply because the number of family history websites has grown enormously in the last few years. While this growth is a positive trend, it has its downside, not least that quality does not always follow quantity. 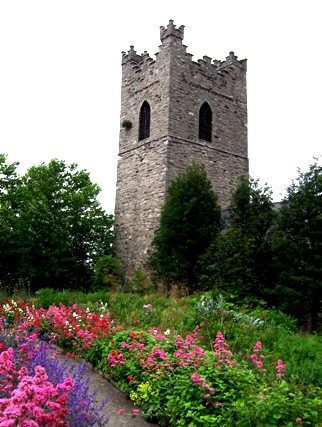 The 12th century church of St Audeon's is the oldest in Dublin.

There are also a lot of personal sites. Nothing wrong with them in principle – some are absolutely excellent - and even if they are not outstanding, researchers may make serendipitous ancestral discoveries through a third party's online research presentation. But, for the majority of family historians, personal websites are not likely to prove the most helpful for discovering ancestors.

Irish genealogy research can be time-consuming, so this page attempts to sift the wheat from the chaff and presents below a selection of ten of the best genealogy sites for regional research. It doesn't claim to be exhaustive. However, if you have ancestors from the geographical areas covered, you should find the contents of these sites very useful.

This site has a dedicated page for each of the 32 historical counties of Ireland and an ever-growing archive of volunteer-submitted resources arranged by county. Many of the records, photos and other images held on the site are not available elsewhere so the archives are worth dipping into from time to time.

This fantastic resource from Clare County Library's Local Studies team includes street and trade Directories, school registers, and a wide selection of unusual genealogy databases such as converts from Popery 1740-1783, and a list of survivors and casualties from a shipwreck. A transcript of an 1866 census carried out by the local curate in the parishes of Kilfenora and Kiltoraght is also included.

As it grows, the site is regularly adding small but valuable batches of headstone inscriptions from around the county and other donated material.

This site contains a number of genealogical databases relating to the West of County Cork. Especially useful are the Civil Parish maps and lists with their Roman Catholic Parish name equivalent, and lists of Church of Ireland registers and where they're held. Also lots of useful links.

With more than 2,500 pages of transcriptions covering a full gambit of records, this has to be one of the best genealogy sites you'll come across. In addition to headstone inscriptions, land, school and church records, there are an extensive number of links to parish projects and some beautiful old (and indeed, new) photographs from around the county.

This really is one of the best genealogy sites available, and its owner, Lindel Buckley, is to be applauded for the hours, days and months of her life she has dedicated to providing so much information for free.

Sweet and simple, this site gives access to Shaw's Dublin City Directory 1850 by surname search. It contains the names of all householders/businesses, together with their full address and occupation. Any additional occupants of these properties were not recorded.

Glasnevin was created as Ireland's first non-denominational cemetery in 1831. Prior to its establishment, Irish Catholics had no cemeteries of their own; they had to bury their dead in Protestant churchyards or cemeteries. 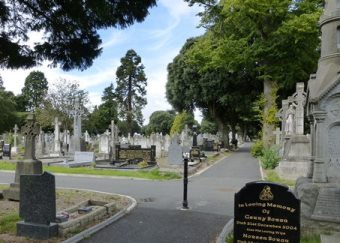 A view across a part of Glasnevin Cemetery in Dublin.

The first internee was a young lad called Michael Carey of Francis Street, Dublin, who was buried in February 1832.

Since then, Glasnevin Cemetery has grown to over 120 acres and about one and a half million men and women are laid to rest there, including many prominent Irish figures. As such, it is widely considered as Ireland's national necropolis.

While this website isn't free to use, the database includes burials at Glasnevin and four other cemeteries (Goldenbridge, Dardistown, Newlands and Palmerstown) and holds records dating back to 1828, so it's a useful addition to Dublin genealogy resources.

Limerick City and County Archives has a growing digital collection and one of the best genealogy sites for any researcher with ancestors from the area.

One of the online gems are the burial records for Limerick Citys largest cemetery, Mount Saint Lawrence, date back more than 150 years; these are fully searchable and free. The cemetery was first opened in 1849 when a new graveyard was needed in Limerick as a result of the both the 1830's cholera epidemic and the Great Famine of 1845-1850. Each entry in the database records the name, age, marital status and last residence of the deceased, the date of burial and the location of the grave. There is also a map of the cemetery with a location guide to help visiting family historians.

It's worth becoming familiar with the site and checking out all the digital archive categories.

This project, started in early 2008, aims to capture images of Tyrone gravestones, and those of people born in the county who are buried elsewhere. As everywhere, inscriptions become more difficult to read over time, so it is of great benefit to family historians that many of the oldest inscriptions are being preserved in this way. In April 2020, the site held the photos and inscriptions of more than 2,000 gravestones across Co Tyrone. (A similar project exists for Co Fermanagh.)

Ulster Unionists put up a fierce opposition to Home Rule in the early years of the 20th century. The archive of the Ulster Unionist Council, held by the Public Record Office of Northern Ireland (PRONI), contains just under half a million original signatures and addresses of the men who, on 28 September 1912, signed the Ulster Covenant, and of the women who signed the parallel Declaration. In total, the Covenant was signed by 237,368 men, and the Declaration by 234,046 women. 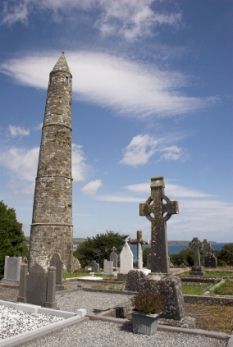 With these signatures fully digitised and searchable, the Covenant has become a hugely popular online database on one of the best genealogy sites for Northern Ireland research.

This is the website of the City and County Council's Archives and allows free access to a great range of genealogy resources. Among them are graveyards inscriptions, a database of people from Waterford who died in WW1, an emigration database, local newspapers and street/trade directories.

The latter can be searched by name, address and, unusually, occupation.

See also my selection of the best genealogy sites that charge for access.