A history of St Patrick

The history of St Patrick, the patron saint of Ireland who was born in the second half of the 4th century, is inevitably sketchy. Even his year of birth is uncertain, with some scholars hitting on 373 while others calculate 390. 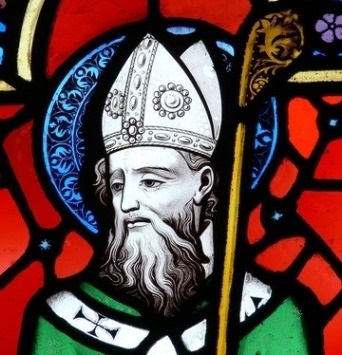 Similarly, the place where St Patrick was born cannot be confirmed.

It is known that he was raised near a village called Banna Vemta Burniae but its location cannot be identified. It may have been lowland Scotland but is equally likely to have been Wales, which was under Roman control at the time.

Patrick's real name was probably Maewyn Succat. His father, Calpornius, was a Roman-British army officer and a deacon.

Despite this family involvement in the church, the young Patrick was not a believer. His life was ordinary, and completely unexceptional, until the age of 16.

The young lad was kidnapped, along with many others, by Irish pirates and sold into slavery in Ireland. According to his autobiographical Confessio, which survives, the next six years were spent imprisoned in the north of the island and he worked as a herdsmen of sheep and pigs on Mount Slemish in Co. Antrim.

During this period, he became increasingly religious. He considered his kidnapping and imprisonment as a punishment for his lack of faith and spent a lot of time in prayer.

After a vision led him to stow away on a boat bound for Britain, Patrick escaped back to his family.

There he had a dream that the Irish were calling him back to Ireland to tell them about God. This inspired him to return to Ireland as a priest, but not immediately. At this point he didn't feel adequately prepared for a life as a missionary. His studies took him to France where he was trained in a monastery, possibly under St Germain, the bishop of Auxerre, and he dedicated this period of his life to learning. It was some 12 years before he returned to Irish shores as a bishop sent with the Pope's blessing.

The next chapter of the history of St Patrick is better known than his earlier life. He landed at Strangford Loch, Co. Down. Although he is often credited with having brought Christianity to Ireland, he was not the first to have done so.

An earlier mission had seen Palladius preach to the Irish. 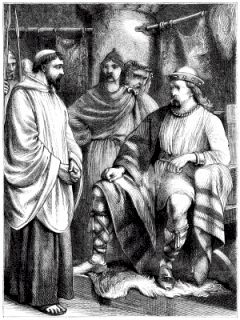 Of course, it wasn't all plain sailing. The history of St Patrick is littered with periods of imprisonment when his teachings had upset local chieftains or Celtic Druids, but he always escaped or gained freedom by presenting his captors with gifts.

For twenty years he travelled the length and breadth of the island, baptising people and establishing monasteries, schools and churches as he went.

By the time he died, on 17 March 461 (or 493, depending on which date you started your calculation), he left behind an organised church, the see of Armagh, and an island of Christians. This date – 17 March – has been commemorated as St Patrick's Day ever since.

He was buried either in Downpatrick, Co Down, or in Armagh.

Find out more about Ireland's saint

Located in Downpatrick, Co. Down, the Centre is the only permanent exhibition in the world dedicated to the story of St Patrick.

Close to both Down Cathedral and Patrick's Grave, the centre provides an interactive exhibition about the history of St Patrick and his legacy. It is also an important stop on the new Saint Patrick's Trail through counties Armagh and Down.