Please read this message before completing the form below.

I have reluctantly accepted that I can no longer respond to research queries. With the best will in the world I just can't spend so many hours a week struggling to get on top of an ever-growing backlog of these queries, especially since so many of them are already answered on this website, if people would only read the 200-odd pages of free advice provided.

Don't send your genealogy, Irish history or surname queries to me

... they will be deleted, without any acknowledgement.

Instead, I suggest you read the relevant pages of this website.

Alternatively, if you have very specific queries, direct them to a good forum such as RootsChat Ireland or Boards.ie, where many experienced and knowledgeable family historians will do their best to help you. You could also try Facebook, where there's a large community of Irish genealogists on hand.

If you wish to contact me for non-research reasons, perhaps to pass on information about resources or to provide details of events for my blog, Irish Genealogy News, please feel free to do so. I will respond as quickly as I can, but bear in mind that I'm just one person and I have other work and family commitments. Realistically, it may be a few weeks before I can get back to you. 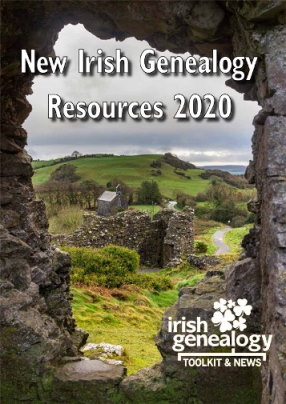 My handy e-book brings you details of all the Irish family history resources released from January 2011 to mid-March 2020. Click cover image to find out more.

My family name – Santry – is unusual not just for being uncommon but also because it is one of only a handful of Irish surnames derived from a place.

The village of Santry (now a sprawling suburb of Dublin) grew up on the banks of the River Santry just north of the capital. You can't miss it when you arrive at Dublin airport.

Peculiarly, as a surname it has no certain connection with Santry in County Dublin. In fact, it is pure Cork.

I'm afraid I can't give a satisfactory explanation for this.
Perhaps one of my ancestors moved from Dublin to settle in Cork and became known as Santry.

Whatever the reason for its emergence as a surname, every single individual called Santry should be able to trace their ancestry back to Co Cork and specifically to South West Cork.
Being descended from that county, I've got a fair drop of O'Driscoll in my blood, too.

My mother's heritage is less localised and takes in the counties of Carlow, Dublin, Tipperary, Wexford and Wicklow. It is full of great Irish surnames like Doyle, Tierney, Tobin, Lanigan and Connor, plus a few less obvious ones.

It was one of the latter that set me off on my ancestral trail. Who could resist a name like Sophia Doolittle?

When I came across this name in an old letter written by my great aunt Rosann to her niece, Maree, I just had to know more. 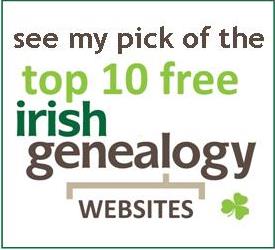