Researching your Irish roots: Where to start 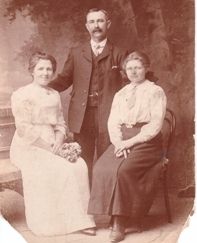 Investigating your Irish roots often feels daunting when you first start out. It shouldn’t. Irish genealogy really isn’t as difficult as it might appear, nor as difficult as some people might have told you.

There are many, many more sources of information than you have probably been led to believe.

It is true that a lot of priceless records were lost in the 1922 fire at the Public Record Office in Dublin, but an awful lot of other sources were not stored there and have survived.

That doesn’t mean finding your ancestors is as easy as ABC; it just means most people can throw at least some light on their Irish roots when they start looking.

So where to start?

Start with yourself and work backwards

Write down as much information as you already have about your parents, your grandparents and your grandparents' parents. Verify your sources as you go. You'll immediately see the gaps in your knowledge. Use these free blank genealogy forms to start recording your Irish roots.

Talk to your relatives

First of all, ask your oldest relatives for their memories of the family. Then move on to younger ones who may have heard stories or might remember some pertinent details about your Irish roots. Start with some clearly focused questions but allow your relatives to reminisce: you might pick up some gems in the process. Learn more about finding family history stories through your relatives' memories: Interview preparation; Interview etiquette; Interview questions. 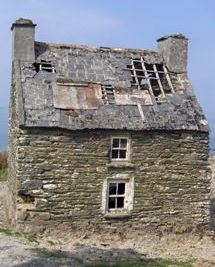 Find your ancestor's place of origin in Ireland

For many family historians this can be the biggest hurdle to connecting with their Irish roots.  If you already know the townland (the smallest Irish land division) where your ancestors used to live, you're one of the lucky ones. If you know only that 'they came from Ireland' or that they came from a specific county, your biggest task will be to pin down this all-important location.

Deal only with facts

Family legends can be a source of guidance but are rarely 100% accurate. The chartered accountant may turn out to have been a clerk in an accounts office. The ancestral farm may have been a simple hovel with a potato patch outside. Stirring tales of daring-do and selfless kindness have probably been much embellished over the years so don't become too attached to them! While there is often a grain of truth to these stories, they should not dictate the entire course of your research into your Irish roots.

Think about which lines to follow. You have two parents, four grandparents, eight great-grandparents and so on. You have to draw the line somewhere! Decide which branch of your Irish roots you are going to study. Its traditional to follow the male line from your father and the female line from your mother (which is always more tricky than the paternal route), but it's entirely up to you. Just choose one line for now. You can return to start another line at a later date. 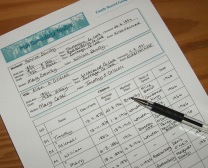 You're going to accumulate huge amounts of information from a variety of sources; you won't be able to retain it all in your head. Get in the habit of carefully recording every piece of new data as you uncover it. There will be times in the future you'll be so glad you did!   Use these free family history forms to get you started.

If you scribble down notes on scraps of paper, you're going to lose valuable data. You really need to approach your family history research in an orderly fashion.

You are likely to find one or two skeletons in the cupboard once you start researching your family history. Accept that the truth may be somewhat less attractive than its telling in family tales, and be honest in your recording.

Don't be too ambitious

For the majority of us with Irish ancestors, searching for our Irish roots leads us to poor, landless labourers. As such, their lives were not well documented and, where records do survive, they are unlikely to date from much before 1810, at best. For many, the first half of the 19th century will be as far back as you can go.

By the time you have completed this first stage of your research, you will have a much deeper sense of your Irish heritage and of the future direction of your family history research. You will also be ready to take the Next Steps towards discovering your Irish roots.

By the time you have completed this first stage of your research, you will have a much deeper sense of your Irish heritage and of the future direction of your family history research. You will also be ready to take the Next Steps towards discovering your Irish roots.

►  Take your Next Steps in Irish family history research

►  Take your Next Steps in Irish family history research

Rummage about for mementos or echoes of your ancestors in the attic, the bottom of wardrobes, and in any old boxes you may have tucked away.

Cherish the latter as they may contain outstanding clues to your Irish roots; envelopes may show return addresses or clear postmarks.

Ageing photos of your Irish ancestors are also an excellent source of information; not just from the image itself, but on the flipside where there may be dates, names and places scribbled.


Watch your spelling I

When it comes to finding your Irish roots, you'll need to be rather relaxed about the spelling of your ancestors' surnames. With most of  the pre-20th century population illiterate, the spelling of a name was a matter for the person recording it rather than the person to whom it belonged!

The parish priest may have had a different way of spelling the name to the Superintendent's Registrar, who in turn may have recorded it differently to the immigration official, or the civil servant, or the solicitor.

Take all name spellings with a pinch of salt and look at all possible variations.

Heavy or unfamiliar accents may have been the reason surnames changed over time but there's another spelling mistake that you'll see all too often when you're researching family history. Geneology.

The correct spelling is:

If you're having trouble remembering how to spell the word, see if this helps.