The Landed Estates Court Rentals may be a collection with a pretty uninspiring title but it can sometimes be of great genealogical value. I say 'sometimes' because they won't further everyone's genealogy research. Some people, however, will find they hold riches.

Originally available only by personal visit to the National Archives of Ireland in Dublin, they made their online debut in May 2011 and were exclusively available at FindMyPast. Since March 2020, the collection can also be accessed on Ancestry. 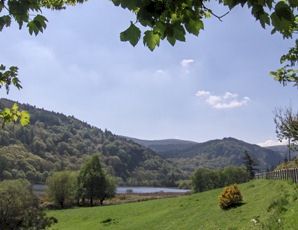 The Encumbered Estates Court was established by an Act of Parliament in 1849 to clear up some of the administrative and financial problems caused to large landowners by the Famine of the late 1840s. It had the authority to sell the estates of those landowners who could no longer meet their obligations.

The only option for many landowners was to sell off all or part of their estates. In some cases the landowners were not given the choice; creditors (aka encumbrancers) could also force a sale. 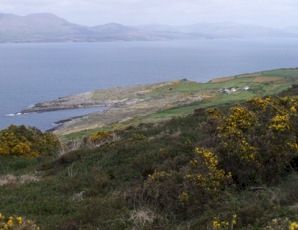 How the Landed Estates Court worked

Promotional information, not unlike today's pre-auction catalogues, was published and distributed to potential buyers. This information included the names of tenants and the value of their rents.

It was not just agricultural land and property that went under the hammer.

Some landowners also had residences or owned property in towns and villages and these also make frequent appearances in the Landed Estates Court Rentals.

After the sale, the Court Commissioners distributed the proceeds to the creditors. Clear, unencumbranced title was then officially passed to the new owners.

While the intention of the Court had been to allow native Irish and Catholics to buy, most of this new wave of proprietors were speculators. Existing tenants, unless they were buying, had no say in the sale or purchase, and no protection was written into the sale conditions.

Since many of the new landlords were motivated only by profit, many tenants were evicted without any compensation. More than 8,000 estates were sold.

The estates were broken down into lots. The particulars of sale for each lot included the names of tenants, the value of their rents and the terms of their tenancies. In addition, maps of the estates were produced showing the boundaries of lots or, for urban properties, a village plan showing the location of the dwelling. In some instances a full survey of the land was included.

In terms of genealogical detail, the sale particulars can be surprisingly useful. (A couple of examples are in the right hand column.) The leases and tenancies often date back to the 18th century and may be the only surviving written evidence of the lives of many of our ancestors.

In terms of genealogical detail, the sale particulars can be surprisingly useful, as you'll see from a couple of examples below (in the light grey boxes). The leases and tenancies often date back to the 18th century and may be the only surviving written evidence of the lives of many of our ancestors.

The Landed Estates Court Rentals collection is not going to help every Irish family historian... most won't find anything about their ancestors in the collection. Even so, there are more than half a million tenants recorded in it, and every county of the island is included, so this collection definitely deserves consideration in your Irish genealogy research plans.

The landed estates court rentals are available online at FindMyPast and Ancestry , and offline at the National Archives in Dublin.

At the foot of the page there is a note that the tenants are respectable and solvent and have sub-let parts of their holdings to under-tenants.

Given that the lease referred to pre-dates church records for the area and was created nearly 50 years before civil registration, most of the Swantons mentioned are unlikely to appear in any of the more mainstream Irish genealogy resources.

What's in a name?

The Encumbered (or Incumbered) Estates Court was established in 1849.

It was replaced by the Landed Estates Court in 1852.

This, in turn, was replaced by the Land Judges Court in 1877.

While each had a slightly different mandate, their main job was to facilitate and administer the sale of estates.

The lands of Glankittane, Cork

'Lease dated 5th December 1850, made by Antony Butler St Leger, and others, to Patrick Santry, for a term of 200 years, from the 29th September 1850, of a plot of ground fronting the old Youghal Road, containing in front to that road 55 feet, and in depth from front to reare 100 feet.'