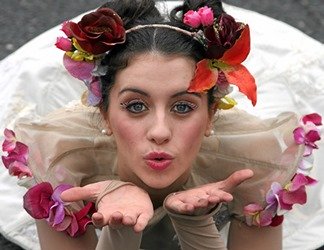 The history of St Patrick's Day, and how the date came to be an excuse for a cracking good party, dates back to medieval times and may be even older.

The saint himself was revered in Ireland very soon after his death in the 5th century, so it may well be that his anniversary – 17 March – was spent as a holy day of remembrance by his followers in the immediate aftermath of his departure.

Moving forward to the 15th century, 17 March was recognised as one of 35 feast and fasting days of Ireland.

Although it was one of so many, it was one of the most important and most loved because Saint Patrick was Ireland's very own apostle, popularly credited with bringing Christianity to the island's shores and to its people.

Like so many Irish traditions, celebrating a feast day or Pattern Day (the term derives from the word 'patron', as in 'patron saint'), was always a lively affair. It usually started with a pilgrimage to a sacred spot such as a holy well or chapel, where mass and/or prayers would be said. 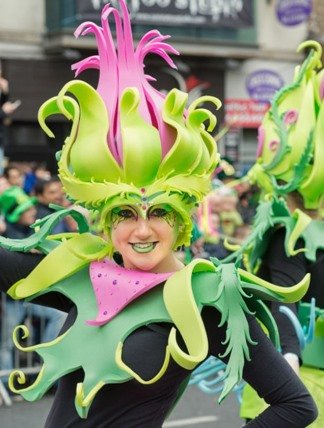 Because the date fell during Lent, the Christian period of fasting that ends with Easter, St Patrick's Day was a welcome break from the austere Lenten regime.

Even those who taken the pledge not to drink alcohol for the 40 days of Lent might allow themselves a wee tot of 'pota Phádraig' - Patrick's Pot.

The last such 'pot' was set aside for the custom of 'drowning the shamrock'. Sprigs of the plant would be placed in a glass or pot and enthusiastically toasted.

The plant was then removed and thrown over the reveller's left shoulder while s/he swallowed the last dregs of the harsh brew.

Food for the Feast

St Patrick's Day food was special because meat was allowed. For most, this meant pork, cabbage and potatoes.

Beef was simply too costly (and a cow, with its free supply of rich milk, too precious) to feature in the diet of most Irish. Corned beef and cabbage, the dish eaten by Irish Americans on 17 March, was not part of the tradition or history of St Patrick's Day before their ancestors emigrated. While the meal may have featured on the table of the more prosperous Irish, it would have been an Easter Sunday meal. In today's Ireland, it rarely makes an appearance except on tourist menus. Much more common is bacon and cabbage, a meal enjoyed all year round.

Over time, fairs and markets were added to the colourful history of St Patrick's Day, and brought a civic element to the festivities.

From the time of the Reformation, in the 16th century, when any practices deemed to be fundamentally Roman Catholic were outlawed, the market may have been a way of disguising the religious nature of the celebrations.

With or without a market, however, St Patrick's Day was recognised as a religious occasion in Ireland's official i.e. legal calender by 1607 and to have achieved that status would have been widely accepted long before.

Peculiarly, it had not been formally recognised by the Roman Catholic Church by then. That came in 1631 when Pope Urban VIII added it to the church calender.

Reports from travellers to Ireland later in that century commented on how some Irish wore crosses on their hats (mostly of green ribbon) on this day while others wore shamrocks.

Shortly after these writings, however, the history of St Patrick's Day nearly reached an abrupt end. Having exiled the Catholic King James II, the English parliament invited his Protestant daughter, Mary, together with her husband, William of Orange, to take the throne jointly as William and Mary in 1689. 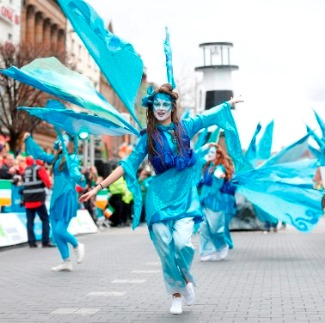 A few years later, in 1695, Parliament replaced many Catholic saints' days, among them 17 March, with holidays based on Protestant teachings.

Effectively, this outlawed St Patrick's Day but the law wasn't very strictly enforced and many Irish simply took no notice and continued to observe the day.

Even the Irish living in England weren't too worried about being seen to celebrate. In 1713, the author Jonathan Swift (who went on to write Gulliver's Travels), wrote that on 17 March, the Mall in London had been full of noisy Irish waving their crosses.

Eventually, the authorities had to compromise and 17 March was restored as a traditional day of celebration of Ireland's patron saint.

The saint's approval rating was further elevated when his image, and the shamrock with which he is so associated, appeared on Irish coinage in the 1760s. Such was his 'rehabilitation' that towards the end of the 18th century, the day was celebrated in Dublin Castle with genteel balls and fancy dinners. Invitations were greatly prized among the rich and wannabees.

One of the most surprising facts about the history of St Patrick's Day is that the notion of a parade did not come from Ireland itself. Instead, the distinction belongs to the city of New York. It was on 17 March 1762 when Irish soldiers serving in the English army marched to music through the city. 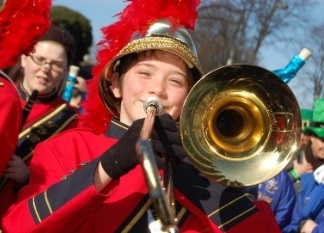 The idea took off, not just in the United States, but also in England (in Liverpool, initially) and other places where Irish emigrants fled to escape the harsh realities of life in Ireland.

During the Great Famine, in the second half of the 1840s, St Patrick's Day celebrations were muted, if observed at all in the worst hit areas. In the ensuing mass emigration, and throughout the next 50 years, the tradition of St Patrick's Day spread across the world so that it is now celebrated with parades and parties across the globe.

In the tiny Caribbean island of Montserrat, and in the Canadian provinces of Labrador and Newfoundland, Saint Patrick's Day is even a public holiday, just as it is in Ireland.

The principal aim of St. Patrick’s Festival is to develop a major annual international festival around the national holiday over which the ‘owners’ of the festival, the Irish people, would stand proud. It sets out to reflect the talents and achievements of Irish people on many national and world stages, and it acts as an exciting showcase for the manifold skills of the people of Ireland, of every age and social background.

As the one national holiday that is celebrated in more countries around the world than any other, St. Patrick’s Day is the day when everyone wants to be Irish.

Click the logo above to find out more about the Festival.