Traditional Irish names originated in the Gaelic language of the ancient Celts who were pushed back from central Europe to the very western fringes of the continent by the spread of the Roman Empire. 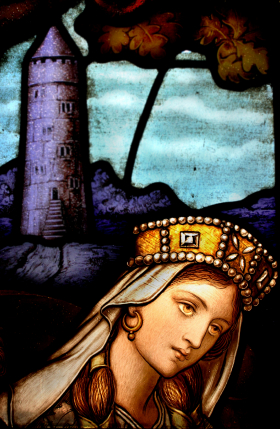 Unlike Scotland, Wales and Brittany, the other significant Celtic strongholds, Ireland was never conquered by the Romans.

Their Celtic way of life and their Gaelic language went largely undiluted from outside influence for hundreds of years.

This language created it own unique names. By the late middle ages, Mór was by far the most popular for a girl.

Anglo-Norman influence on names in Ireland

With the arrival of the Anglo-Normans in the 12th century, a number of continental names were added to the mix, and given an Irish flavour. So male names, for example, Edmond, Nicholas and Willhelm, became Émann, Cóilín and Uilliam.

Among those for girls, Jehanne became Síban, while Isabel became Síbeal and Alice became Ailis.

Although the Anglo Normans brought a different language and new influences, their impact was not initially felt much beyond Dublin and a few coastal towns, despite their best endeavours.

The Governor sent by the English throne could introduce new laws against native Irish habits of dress, customs and language as much as he liked; more than three-quarters of the country ignored them.

It wasn't until the very end of the 1600s, when Protestant William of Orange (subsequently King William) won a victory for the English by defeating the Catholic Irish forces, that English domination and influence started to trickle out into the hinterland and touch on the native way of life.

It was hardly felt at all, to begin with, and the overwhelmingly Celtic culture of the native Irish, was to continue to be dominant in the countryside for another 200 years. But little by little, the English language, English culture and English names began to make inroads.

Attempts were made to respell the traditional Irish names of the locals so that they'd be easier for English speakers to read and pronounce.

Where spelling alterations didn't make some old Irish names easier for the English to pronounce or write, translations would be made. Sometimes these translations were decidedly odd, and they also differed from place to place.

Bran, meaning 'raven', was one of the most popular early Celtic names, especially among the O Byrnes.

Many Brans appear in Celtic lore, among them Bran mac Febail in the 8th century tale Journey to the Land of Women, and real men, too, including Bran Finn, son of Maelochtraigh and king of the Deisi of Munster, who died c670.

Bran also features in the legend of Finn MacCoul as a dog with an ever-handy gift of foretelling.

At least with these there is some thread of the original in the anglicised version, which can't be said for all the translations of traditional Irish names.

How the Celtic Finnguala became Penelope, how Calbhach and Cormac became Charles and how Tairdelbach became either Charles or Terence remains a mystery.

The same lack of explanation applies to the anglicisation of Síban (Siobhán in modern Irish).

This was anglicised to Susan or Judith in the north of Ireland but to Susanna, Julia, Jude and Nonie in the south and west.

The anglicisation of traditional Irish names and culture was helped in no small way by the introduction of laws which outlawed the Irish language and imposed English.

My paternal great great grandfather, William, born 1826, would have spoken Irish as his first language and would have been among the first to have received compulsory primary school education when it was introduced in the 1830s. English was the only language of instruction. Like him, all the young pupils would probably have had anglicised names by this time.

His grandson, Timothy, born 1878, used to tell the tale of how William found himself up before the beak for having Irish words on the side of the cart he used to transport eggs to Rosscarberry market.

He told the magistrate the words spelled only his Irish name, and for this reason he was let off with a small fine and an order to replace it with English spelling.

The story goes that the Irish words in fact contained some unflattering views
of the English occupation. My grandad loved this tale!

Throughout William's lifetime (he died in 1903) the use of Irish declined rapidly. At the beginning of the 1840s, about half the population spoke it. Just ten years later, that proportion had halved, and by the last decade of the century, it seemed that the Irish language was in danger of dying out. By 1891, less than 15% of the population of Ireland could speak it and traditional Irish names had been almost completely swept away.

But at about this time came a revival of interest in the language, amid concerns that the 'anglicisation' of Ireland would cause the Irish to completely lose a sense of a separate nationality.

The catalyst for the revival was the formation of the Conradh na Gealige, the Gaelic League, in 1893 in Dublin. This League was, and still is, dedicated to the revival of the Irish language, and although it struggled to find popularity initially, the organisation managed, in 1903, to persuade politians to include Irish as part of the school curriculum and to have St Patrick's Day made a national holiday.

A teacher training college, specifically for the teaching of Irish, was set up in Ballingarry, co. Limerick, also.

Two years later the Post Office agreed to deliver letters written in Irish, and an old law, prohibiting shopkeepers from displaying their names in Irish on their shopfronts, was removed from the statute books. 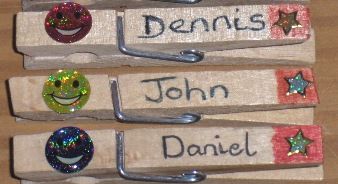 Other obstacles were also torn down, especially in the Republic, and this created more interest in traditional Irish names across the island.

Although Kevin, Brendan and others of that ilk came back into vogue in the first half of the 20th century, these were still the anglicised versions of Irish names.

The re-emergence of traditional Irish names - in Irish - didn't begin until about forty or fifty years ago when many people whose names had been anglicised for several generations, started to discover and even choose to return to the original or a modern Irish form.

This process has speeded up in some parts of Ireland in the last thirty years, and especially during the Celtic Tiger years, when the economy was booming and all things Irish became trendy and cool.

Many children born in these years were given very different names to their parents' generation. And in school classrooms across the island, you can once again hear the music of traditional Irish names such as Orlaith, Sean, Finnbarr, Ciarán, Diarmaid, Aoife, Clíona and Emer.

In the late medieval period, Mór was easily the most popular of old Irish names for girls. Though a short name, it means 'tall' or 'great'.

Two queens of Ireland bore this name in the 10th century, as did the daughter of Domnall mac Lochlainn, King of the North, who married Tairdelbach Ua Conchobair, king of Ireland. In the 15th century, Mór, daughter of O Carroll, married the earl of Desmond.

Having been popular for so many generations, Mór continued to be widely given in its new form. By the mid 1800s, about one-third of girls in Ireland were called Mary.

A quirky development saw the arrival of Mary Ann and Mary Jane as standard combinations. This was unusual in Ireland because until the third or even fourth quarter of the 19th century, few babies received more than one Christian name.