Irish census returns for 1861 were intentionally destroyed by the government some time after statistical information about the population and Irish society had been collaged from the manuscripts. A decade later, the exercise was repeated. 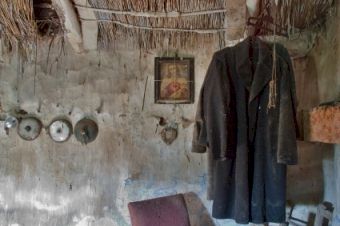 Interior of an abandoned cottage in County Clare

While we may enjoy slinging mud at governments for their mistakes, this decision wouldn't have raised an eyebrow back then when Irish genealogy was of little interest to any other than the gentry.

Even so, these events in Ireland's census history still cause many a genealogist to weep, not least because not one of the original paper returns survive for 1861-1871, either. Not a scrap.

Surprisingly, earlier Irish censuses (for 1821 to 1851) have a marginally higher survival rate (and I do mean marginal!).

From a genealogical point of view, the only glimmer of hope from the 1861-1891 censuses of Ireland lies in JUST TWO TRANSCRIPTIONS made before the original papers were destroyed.

Some statisical information was gathered from the 19th-century census records before they were destroyed, and I've included some ad-hoc snippets below:


Sickness and Infirmity in 1881

The 1881 census record shows there were 71,328 persons — one in 73 of the population — classified as sick or infirm on the night of 3 April. Enumerators worked to the following classification:

Although there was a classification for 'Lame and Decrepit' in this census, records show that most of these persons were healthy and useful members of their communities. They were not therefore included in the Sick and Infirm statistics.

Of the sick and infirm, 40,090 were 'temporarily diseased'. This compared with 44,052 in 1871, reflecting, according to the official report of the time, a considerable inprovement in the general sanitary condition of the people.

A further 2624 were suffering from Consumption, also known as phthisis or Tuberculosis (TB), representing a 5% increase on 1871's census record findings. Old age or Debility was blamed on the illness of 6,632 people, while 2,338 were recorded as suffering the effect of some kind of accidental injury.

► 1901 Census survives in its entirety

► 1901 Census survives in its entirety