DNA surname projects are a natural partner to genealogy research. Because both surnames and y-DNA are passed from father to son down the generations, bringing together lots of people who share the same family name offers the opportunity to find matches, compare genealogical findings and extend family trees. 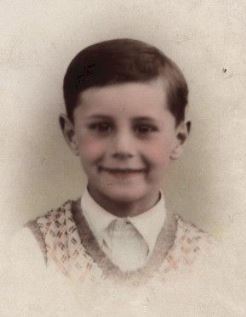 Men inherit their y-DNA and (usually) their surname from their fathers. Women do not have y-DNA.

How so? Because men inherit both y-dna and (usually) a surname from their fathers. Every now and again, a harmless mutation of the y-dna occurs. The y-dna signature is, therefore, the mark of a distinct paternal line. (Find out more about paternity dna testing.)

Men inherit their y-DNA and (usually) their surname from their fathers. Women do not have y-DNA.

What are these projects?

How so? Because men inherit both y-dna and (usually) a surname from their fathers. Every now and again, a harmless mutation of the y-dna occurs. The y-dna signature is, therefore, the mark of a distinct paternal line. (Find out more about paternity dna testing.)

DNA surname projects bring together disparate folk who share the same surname. Each member of the project has his y-DNA tested and its analysis is added to the project's database.

This database can then be scrutinised for 'matches' of similar DNA sequences.

Here are a few examples of how y-DNA surname projects can be of genealogical value:

William Healy in the USA believes his immigrant ancestor, Michael, originated from Ireland 150 years ago but can find no documentary evidence. Analysis via a Healy y-DNA surname project shows he matches with Tom Healy whose family is known to have lived in Co Kilkenny for at least 200 years. William now knows where to concentrate his search for historical records of Michael's birth and his family's life.

If they took a y-dna test and proved to be related, they would both know to extend their search for records into the other parish.

Tom has traced his family back to the early 1700s. He's curious to see what he might learn through a y-DNA surname project so he joins up and takes the test. He's surprised to find a match with Jack on the other side of the world, never having had any known connection to that region. It turns out that Tom's great great grandfather had a brother (Jack's ancestor) who emigrated as a young man. This brother had not appeared in any of the genealogy records Tom had studied but, through Jack, he now has a completely new branch of ancestors to add to his family tree.

How to join a y-DNA surname project

A number of testing companies are now established to handle DNA surname projects.

One of the largest providers of group tests is Family Tree DNA. As the company's name suggests, FTDNA is clearly aimed at genealogy researchers and understands the objectives of its genealogist customers. It offers tests for Y-DNA, mt-DNA and at-DNA analysis, runs surname and geographical group projects and offers a searchable database. Its customer base is international. 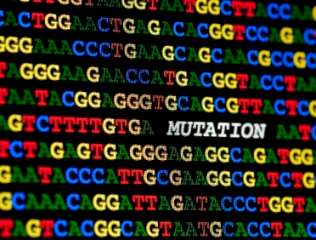 Check the website to see if it has an existing project for your name. If it does, it makes sense to take the y-DNA test with the company where the project is hosted. An obvious reason is to take advantage of the financial discount that is usually available.

But there's also a technical reason. Testing companies use different markers which can make it difficult to compare the results for two men if they have been tested with different laboratories.

If there is no group project for the name you are studying, you can set one up yourself. The duties of a project administrator are fairly limited so don't be put off. You'll probably find that you're entitled to a discount on your tests, too.

The larger the group project's database, the greater your chances of finding a match so if you have to start one up it may be some time before you find a match.

Thinking of taking the plunge? More about 'at home' dna testing for ancestry purposes.

Find out about Irish surnames.

► Thinking of taking the plunge? More about 'at home' dna testing for ancestry  purposes.

► Find out about Irish surnames.

FTDNA's Group Projects are run by volunteer administrators. Some Groups are for surname research, others target particular geographical areas.

So long as you are male, or can provide y-DNA from a close relative in the line you are researching, AND match the surname of the Group, you will need to either have your y-DNA tested by FTDNA or transfer your y-DNA test results to the company. The latter is not a difficult process.

Other than the cost of the test, there are no charges for joining a Group Project.

Find out more on the Family Tree DNA site.