There are several types of dna test. This is often a surprise to the novice, probably because the media tends to use the term 'dna test' rather freely and generically, so it's easy to make the assumption that there is just the one, definitive, test. 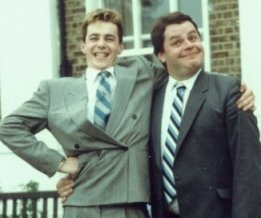 In fact there are many kinds of dna test. For the purposes of genealogy, however, where we can ignore those methods of testing designed for gathering criminal (forensic) evidence or the study of genetic (medical) conditions, there are currently just three. The main features and results of these different 'genealogy tests' are examined briefly below.

This page is intended to provide an overview of current dna testing options. For a more in-depth look at each option, see the Related Pages box in the right-hand column.

This page is intended to provide an overview of current heritage dna testing options. For a more in-depth look at each option, see the Related Pages box below.

For reasons that soon become obvious, Y-Line or Y-dna testing is one of the most popular types of dna tests for genealogy research. The test tracks the Y-chromosone, which is passed down the generations from father to son.

Woman don't have a Y-chromosone so they cannot take this test (although a woman who wants to explore her paternal genealogy can simply ask her father, brother, paternal uncle or his son to take a test).

What is special about the Y-chromosone is its continuity down the generations, along with the surname of the paternal line. And this is why Y-dna testing and genealogical surname studies are a perfect marriage.

When the dna is sampled by the testing lab, tiny chemical markers on the chromosone create a distinctive pattern. This pattern is known as a haplotype, and it distinguishes one male line from another. If the haplotype is shared with another individual, it can indicate that the two have a common ancestor.

It does not, however, confirm which ancestor, nor the exact degree of the relationship.

Mitochondrial dna is usually abbreviated to mtDNA but these types of dna test are often referred to as Deep Ancestry Tests. 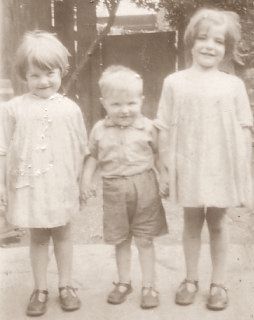 These siblings all have their mother's mtDNA, but only the girls can pass it to the next generation.

These siblings all have their mother's mtDNA, but only the girls can pass it to the next generation

An mtDNA analysis is used to trace the maternal line because this type of dna is passed only from mother to child. (A man cannot pass on mtDNA to his children.)

mtDNA is passed intact, ie without any mixing, so if two people find an exact match, it indicates they share a common ancestor.

What cannot be determined, however, is whether that common ancestor was a recent one, or many many centuries and generations back. For this reason, and the fact that women's names traditionally change with each generation (when they adopt their husband's family name), mtDNA testing isn't usually used to see if people are related to one another or to find common ancestors.

While it hasn't, therefore, been much used for family history purposes, recent scientific discoveries suggest this may be about to change.

Autosomal DNA is usually abbreviated to atDNA. Testing of atDNA is carried out on the 'numbered' chromosones (each person has 22 pairs of these), rather than the two sex chromosomes X & Y (each person has a pair of just one of these). About 50% of your autosomal DNA is inherited from each of your parents, so testing reports on your combined ancestry from both of them.

One of the reasons autosomal DNA testing has become so popular among consumers since its introduction around 10 years ago is that these types of DNA tests can reveal a person's DNA heritage.

Testing companies have created, and continue to refine, typical atDNA profiles found in individuals in countries and regions around the world, and so test results identify the population groups with whom a person shares a proportion of their atDNA.

If you've always wanted to know whether you have Irish, French, Scandinavian, Native American heritage, autosomal DNA testing could be just what you've been looking for.

Discovering your ethnic breakdown is one reason for family historians to take this type of test. Another is 'genetic cousin matching', where your test results can match those of  fellow descendants of your ancestors.

More about the main types of dna testing for genealogy

More about the main types of dna testing for genealogy

Why bother with heritage dna testing?

None of the different types of dna test currently available will result in you being provided with a neatly produced family tree dating back centuries!

Nor will they tell you the names and dates of your 20 x great grandfather, or tell you which side of the hill he lived on. What they can do is:

* Determine if two individuals are related

* Determine if two individuals descend from the same ancestor

* Give you an insight into your ethnic origin, dating back thousands of years.

For those many, many people who have difficulty enough in remembering that 'Genealogy' is not spelled Geneology or Geanialogy or any of the other possible combinations, things may have been about to get worse.

A few years ago, family history gurus  teamed up with the dna/genetics world to produce the awful term of Genetealogy. Yuk.

Fortunately, crisis appears to have been averted - it didn't catch on.