How to identify your ancestor's local district

When Ireland's civil registration system was first set up in the 1840s, its island-wide network of local district offices were known as Superintendent Registrar's Districts (SRDs). They had identical boundaries to Poor Law Unions (PLUs), and each was centred on a market town. 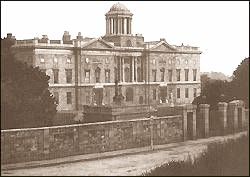 A number of Dispensary Districts (so called because they also had medical functions) were also set up to handle registration needs in outlying areas of each SRD.

The birth, marriage and death registers produced by each Dispensing Registrar were then gathered together at SRD level and sent to the General Register Office in Dublin.

There, copies were made of the registers, and all-Ireland civil registration Indexes were produced.

Unless a researcher is lucky enough to have ancestors with an uncommon surname, most Irish genealogists will need to have at least some idea of where their family lived in order to identify the correct entries in the birth, marriage and death Indexes.

If you don't know where your ancestors lived, see the Townland of Origin page.

If you know the county, town or locality where your family lived, you can either:

If you know the name of the townland where your ancestor lived, you can either: 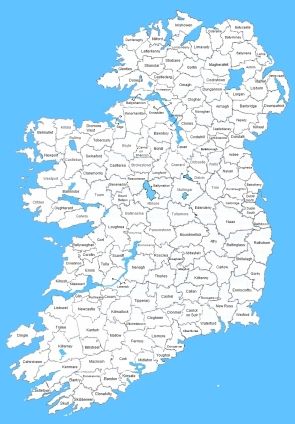 - It's helpful to be aware of other administrative Irish land divisions and how these impact your family history research.

- Find out how to access Ireland's civil registration records of birth, marriage and death.

- Don't know the townland where your ancestors lived? Some strategies to further your Irish family history quest.

Need to register a birth, marriage or death?