Mary, the most classic of Irish baby girl names, is on the wane in modern Ireland. It didn't even figure in the top 80 girl's names in 2020 when just 64 Marys were registered. Maria was only slightly more popular with 78 registrations. 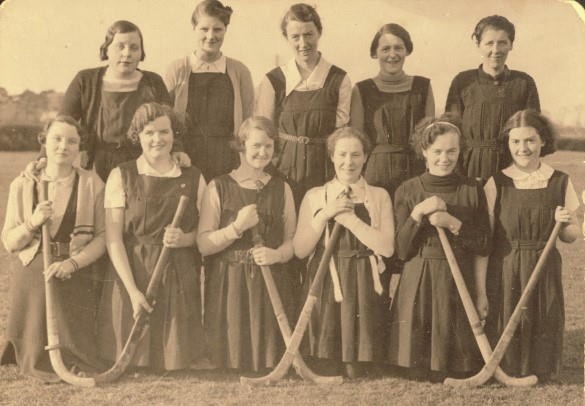 How many Marys does a hockey team need? Five, according to my Nana (Mary Doyle), front, 3rd from left.

It was very different back in the middle 1800s when one in four little girls in Ireland was called Mary. The reason for this favouritism stems from it having been popularly proclaimed as the anglicised version of the much older name, Mór.

Back in early medieval Ireland, Mór was easily the most popular Irish baby girl name. It had a rich heritage. It was first recorded in the 7th century and was the name of two queens of Ireland in the 10th century. They were Mór, daughter of Domanll mac Lochlainn (king of the North) and Móre, wife of Tairdelbach Ua Conshobair (Turlough O Connor).

For nearly 600 years, it held its position as the most popular of all Irish names for girls and, in the 16th century, once again had queenly connotations: Mór, the daughter of Mac Caba and wife of the earl of Desmond.

The other Irish baby girl names to give Mór a historical run for her money were Sadb (always in second place) and Etain, Finnguala, Gormlaith and Medb. Information about these are in the list below.