You won't find any traditional Irish girl's names beginning with the letters Q, V, W, X, Y or Z. These letters, along with J and K, don't exist in the Irish alphabet. But within this second half of the Roman alphabet are some favourite old names: Orlaith, Siban and Sadb. These were among the most popular Celtic baby names and remained extremely common for several centuries. 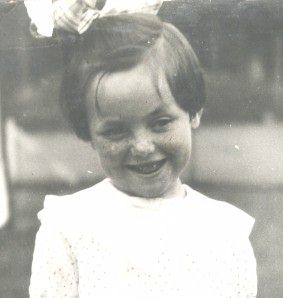 My mother, Hester, was grateful to avoid our family's 'hereditary' female name of Sydney.

For some reason, Irish female names beginning with the letter S seem to have taken it upon themselves to fly the flag of Ireland around the globe in the last quarter of a century.

I'm thinking here of Siobhán, Sinéad, Síle and Saoirse, each one a lovely name that requires some appreciation of the peculiarities of Irish pronunciation to say them or spell them correctly (see below) and that have become reasonably recognisable, if not commonplace.

There is another Irish female name beginning with S that has come to be perceived as traditional but is nothing of the kind. Shannon. (The spelling alone should be proof.)

It is the name of a river – the longest river in the geographical British Isles, as it happens – and you won't find any Irish legendary heroines, mythical goddesses or historical figures answering to it.

Together with Colleen, Shannon is a fairly modern invention of a name and is rarely heard in Ireland.

There is one other 'S' name that, despite having a much longer pedigree than Shannon, will never make it onto my list of favourite Irish female names. It is Sydney. Yes, Sydney.

Oh my goodness, this name has cursed generations of women in my own family (My great grandmother, the woman photographed on the Home page, was Sydney and so was the sad little lass leaning on her left knee. There were cousins, too.) I am eternally grateful that its use came to an unceremonious end with my mother's generation, otherwise I too might have been lumbered with it.