A good proportion of modern Irish names for boys are still chosen from the same limited range available to our ancestors when Ireland introduced its civil births registration system in 1864.

While the most popular Irish baby boy names back then were John, Patrick, James, Thomas and Michael, statistics for the Republic of Ireland in 2021 showed that four of these five names remain in the top 22, and John has been wholeheartedly replaced by his own original diminutive: Jack. So successful has this switch to pet-name been that Jack has been the top boy's name in all but one year (2016) since 2007. 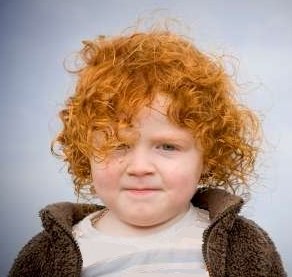 Perhaps the most striking change is the number of Irish or 'anglicised-Irish' baby boy names to have become popular in the last 20 years or so.

For the former, I would put forward names such as Rían, Cillian, Tadhg and Oisín, which took Top 20 ranks of 5, 9, 10 and 12 respectively, and were the names given to just over 1,150 babies born in 2021. These are Old Irish names, drawn from Celtic history or from the Celts' Gaelic language.

Into the second category – the anglicised Irish boy names – come the Irish/Celtic names that were translated by the clergy or English officials at some point between the 16th and 18th centuries. For example, the names Conchobhair and Niall, both huge names in Celtic history and legend, were substituted with Connor/Conor (4th place in 2021) and Neil respectively.

These, in turn, were sometimes changed again on baptism, to something 'Latin' sounding. So Connor and Neil might have become Cornelius. Either way, these 'substituted' or 'translated' names became accepted over time as Irish boy names and were passed down the generations.

They continue to be regarded as Irish names by many, and they show up in 2021's top 100 baby names in Ireland. For example: Conor; Rory (for Ruaidri) 47th; and Ronan (for Rúadán) 97th.

Names like these simply weren't given to children in the mid-19th century, as you'll see if you compare the list in the column to the right with the most popular Irish boy names of 1864. Back then, biblical - particularly New Testament - names were much more prevalent.

Biblical names remain popular for boys in the Republic

Perhaps the second-most striking feature of modern Irish names for boys in 2021 is that those drawn from the bible continue to be extremely popular. John, Daniel, David, James, Joseph, Adam, Luke, Matthew, Michael, Noah and Thomas appear in the top 40 and were the names given to more than one in ten of the 29,823 male births registered in the Republic of Ireland during that 12-month period.

It should be noted, however, that the modern range of biblical names is much wider than that used by our 18th- and 19th-century ancestors. Noah, now ranking in second place, was almost unheard of back in the 19th century in Ireland. I can find only 15 instances of it being bestowed on baby boys between 1864 and 1900, but it has become incredibly popular over the last two decades.

The Top Five modern Irish names for boys in the Republic

Showing outstanding resilience, the names Jack, Seán, Conor and James have taken the number one spot for most popular Irish boy name in each of the last 25 years.

Figures above show top 40 name rankings in 2021 for the Republic of Ireland only.

There seems to be no threat of imminent change at the very top of the popularity tables. Ten years ago I thought Alex and Dylan would shuffle up  to make a challenge, but they haven't, despite clinging on within the top 30.

So where might some change be coming? Harry may tumble in the near future; having jumped up from 31st spot in 2007 to 7th in 2012, it is now clinging on to a top 20 ranking. Charlie may be a contender for the crown; it has climbed from 36th to 12th to 7th in the last nine years. Cillian, thanks to the worldwide success of actor Cillian Murphy, is still on an upward trajectory, too. 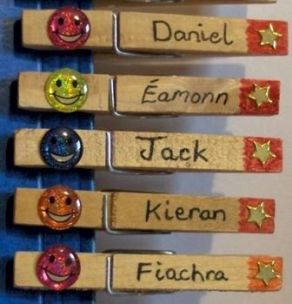 Another very determined trend among modern Irish names for boys (rather less so for girls) has been the move towards 'diminutives' or 'informal' versions of more traditional names. It's been going on for twenty to thirty years.

Jack fits into this category, being the old pet name for John, and Harry and Charlie mentioned above are good examples, along with Alex and Ben, of shortened names that 'score' better than the fuller traditional versions from which they derive. Danny/Daniel, Ollie /Oliver and Sam/Samuel and Tommy/Tom/Thomas seem to be bucking this trend, so far.

It's perfectly possible, of course, that the trend to shortened versions of names could suddenly pull up in its tracks - each new generation of parents seems to ditch the fashions of the one that has gone before it.

Seven of the eight regional authorities that collect birth registrations in the Republic of Ireland found that Jack was the top local name for new-borns.

Only in the West region was there a different result. Here, it was Thomas that proved to be the preference.

In Northern Ireland, Jack was the overall top boy's name. However, by Local Government District it was top in only two: Fermanagh & Omagh and Armagh City, Banbridge & Craigavon. The 'winners' in the other nine districts were James (3 districts), Noah (3), Oliver (2), Charlie (1).

Figures above are for Northern Ireland only.

Figures above show top 40 name rankings  in 2021 for the Republic of Ireland only.

Figures above are for Northern Ireland only.