An overview of Irish Catholic records

Roman Catholic baptism, marriage and burial registers, unlike so many of their Church of Ireland counterparts, were not damaged in the 1922 fire at the old Public Record Office. That's the good news. 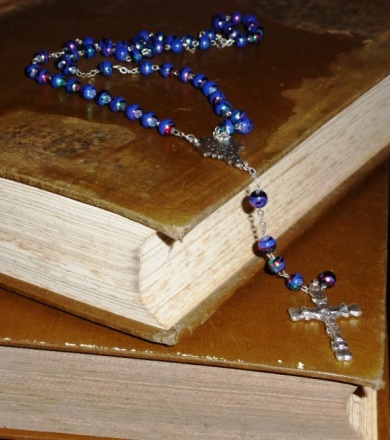 The bad news is that, as a result of restrictions placed on Irish Catholics from 1550 until the Emancipation Act of 1829, proper record keeping was difficult and potentially dangerous for priests and their congregations, and only a small proportion of Roman Catholic baptism, marriage and burial registers survive from before the 1820s.

There are some real highlights, however.

Even some small rural RC parishes managed to keep their registers more or less intact from these early days.


► Where to view Roman Catholic registers

But the very oldest Irish Catholic records leap back almost another century; registers survive for Wexford Town since 1671.

Admittedly, the legibility of these registers is poor for the first 15 years or so, and there are quite a few gaps in coverage across the centuries, but if your Catholic ancestors hailed from this town you have a real chance of being able to trace your family history over four centuries.

In general, the oldest records hail from the more prosperous and anglicised eastern half of the island. Registers for more densely populated and poorer parishes in the west and north usually do not start until the mid-19th century.

Of course, the poorer areas were also those that supplied the greatest numbers of emigrants, which means that the descendants of those that left Ireland are the most likely to be frustrated by the lack of Catholic records.

Fortunately, the majority of Roman Catholic baptism and marriage registers date from the first quarter of the 19th century ie some 40 years before the Irish civil registration system began. When it comes to burial registers, the picture is rather more patchy (see below).

Surviving Roman Catholic baptism records usually record the date of baptism, the child's name, the father's name in full, the mother's first name and maiden surname, the name of any godparents (sponsors) and the residence of the parents. Unfortunately, this latter element does not always appear. 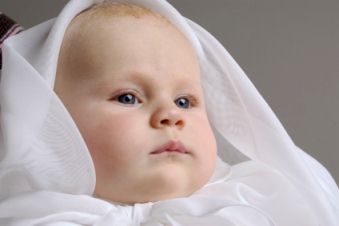 The inclusion of the mother's full maiden name, however, is the norm, unlike in Church of Ireland' registers.

This is a huge boon to Irish genealogists because it means you can be confident you are correctly matching each of the couple's children. In areas where surnames are especially common, this would not otherwise be the case. It also means you can trace your family history on your maternal lines as easily as your paternal lines.

(Well, that's the theory, at least. It isn't always so easy in practice!)

Most marriages took place in the bride's 'mother' church, ie the place where she was baptised. The wedding ceremony was usually held in the afternoon or early evening, and Christmas Eve and St Stephen's Day (26 December) were popular dates.

A marriage entry typically includes the first name, surname, age, father's name and occupation, and place of residence for each of bride and groom. In addition, the address of the church where the ceremony took place is provided, as is the name of the officiating priest, and the names of two witnesses.

The place of residence was sometimes omitted in earlier registers but after the 1860s this became rarer because priests were provided with new registers which included a section for addresses.

Less than one-third of Ireland's surviving 325 burial registers date from the 19th century and about half don't start until after 1850. For example, each of Co. Longford's 20 parishes has a surviving burial register, the earliest dating from 1782, the latest starting in 1853/4.

Compare that with Co. Cork, the island's largest county, where no burial registers survive, and Co. Clare, where only one register survives and that covering less than four years from 1844.

Where they do survive, Catholic burial registers contain only the name of the deceased and the date of burial. That's it. Which is why they are not of much value genealogically.

Don't forget to check the burial registers of the local Church of Ireland if you can't find what you are looking for in the Catholic register.

In the 19th century, new Catholic parishes were created (you can find out more about parishes on the Irish land divisions page). As a result, the starting dates given for may registers may not look very promising. Don't be put off.

Many parishes changed their original geographical spread so you may well find there are earlier records for your ancestors' locality in the registers of an adjoining parish. Getting to know the geography of your ancestor's place of origin is therefore time well spent.

Correctly identifying the parish of your ancestors can be tricky and the only readily available help is Lewis's Topographical Dictionary of Ireland. This was published in 1837, just one year after Catholic emancipation ie just as the Catholic Church became free to expand. As such, the information may have been superseded. None the less, it is a good place to start.

Be especially relaxed about the spellings of names in Roman Catholic baptism, marriage and burial registers. Before the 20th century, only a small proportion of Irish people could read and write, and there was no standardised spelling of names such as there is now. With so many regional and local dialects, even phonetical spellings of the same name can show huge variation.

See the Quick Links & Related Pages menu boxes above. The most relevant pages for those seeking Irish Roman Catholic ancestors are:

RC records online, which focuses on the National Library of Ireland's register images collection and the indexes that link to it

Irish Church Registers overview Part 2, which deals with finding records from all denominations

Latin in Irish RC records, a page that will help you translate the records if they were written in Latin.

Why were your Catholic ancestors buried in a Church of Ireland (Protestant) graveyard?

The first Catholic cemetery opened in the 1820s. Prior to this date, all burials were in Church of Ireland land.

From then until 1871, the Church of Ireland, as the established church, continued to have certain state responsibilities including the decent burial of the poor, or those with no family.

So when you start to trace family history in Ireland, don't forget to search Anglican churchyards, even if your family was of another religion.

Poverty was not the only reason why a non-Protestant might have been laid to rest in a Church of Ireland graveyard after the 1820s.

In parishes where the graveyards of local Catholic, Methodist or other churches quickly filled up, all burials might have transferred to the Church of Ireland grounds.

However, in these cases the funeral service would have been conducted (and recorded) in the church of the deceased's faith and the coffin transferred to the final resting place.

While there would also be a record of the grave in Church of Ireland's papers, it would not usually be in the official registers.

These 'anomalies' became fewer with the creation of municipal cemetaries on the outskirts of towns in the late 19th and early 20th centuries. They usually have seperate sections for different faiths.

Responsibility for these cemeteries lies with county or local councils.